QTerminal had always had a quite unique “bookmarks” feature but the setup was not very intuitive: the file had to be created first, it had a hardcoded section containing not very useful bookmarks, filtering was not working and so on. Probably few users used it, as some issue were never reported.

Now - among many other bugfixes in QTerminal and its dropdown twin - we dedicated some time to make this feature more attractive and usable to users.

It can be used in a similar way as ~/.bash_aliases - a really easy way to use longer commands or those that are hard to remember. Commands can be ordered in groups.

Some screenshots with the Example file: 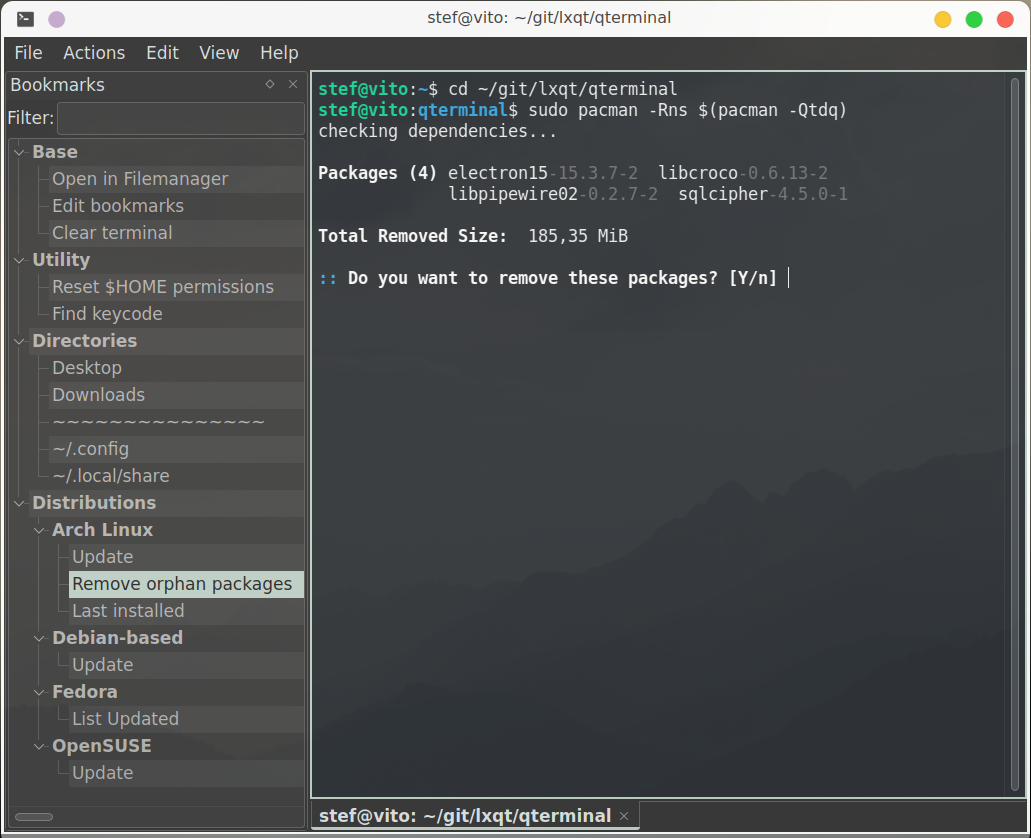 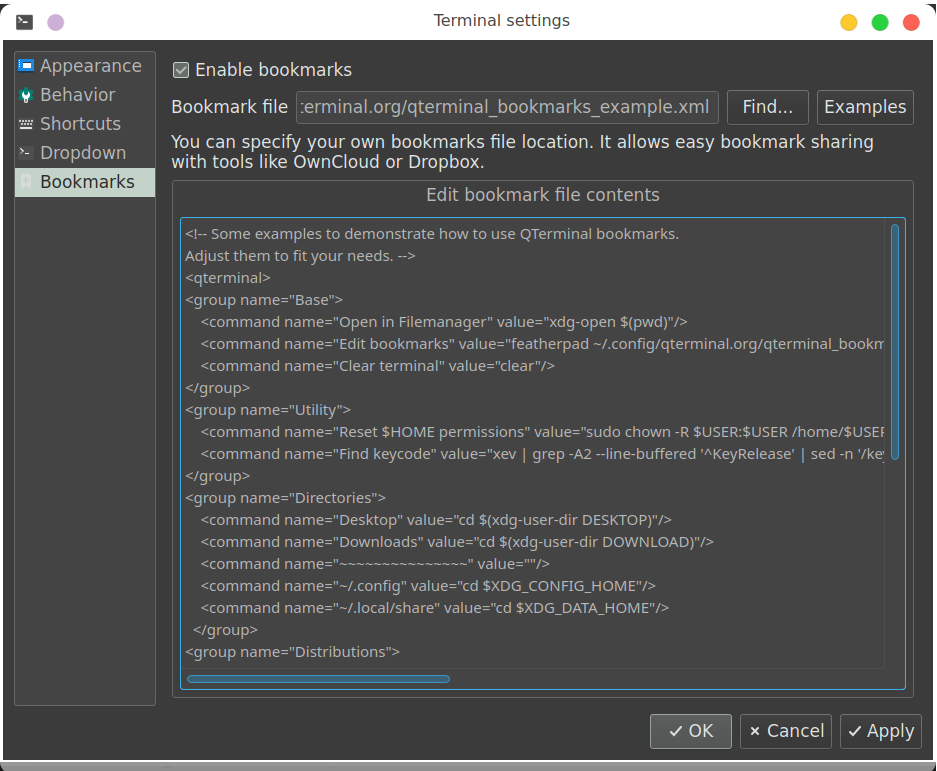