The LXQt process manager Qps has a quite ancient code basis and some features (like a watchdog and command executing) were planned but never realized and Qt has evolved much since too. So it was time to clean up the code a little bit and give some love to the history graph and it’s tooltips which didn’t display any useful information.

Now a summary of CPU usage and I/O at the moment of the mouseover is displayed and the font has been increased: 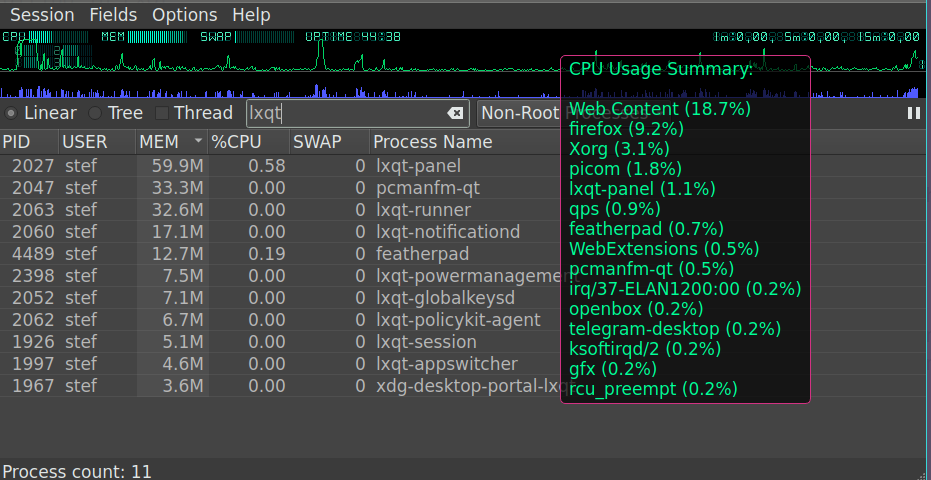 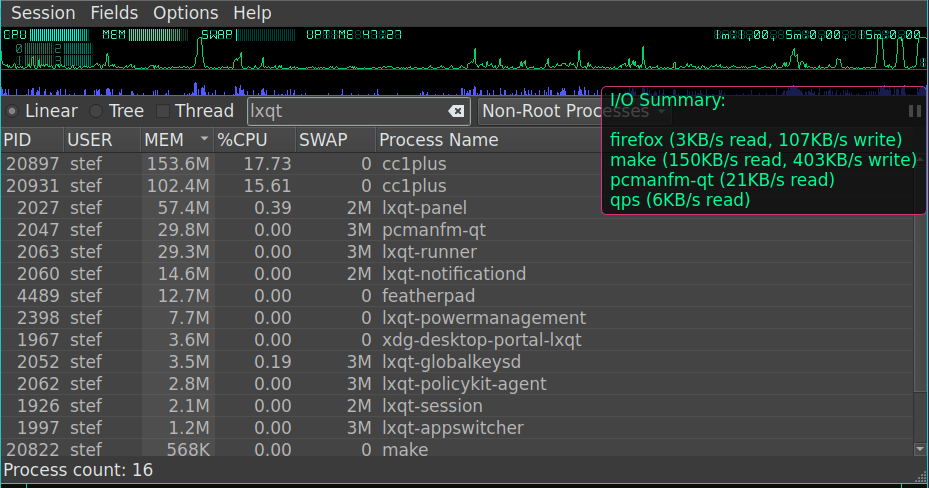 Other tooltips display the CPU load for system, user and nice processes, the memory (total, used, cached and buffered) and an eventual swap usage. Sitting in the systray the icon displays the CPU usage history nicely as before, acting as a CPU monitor.